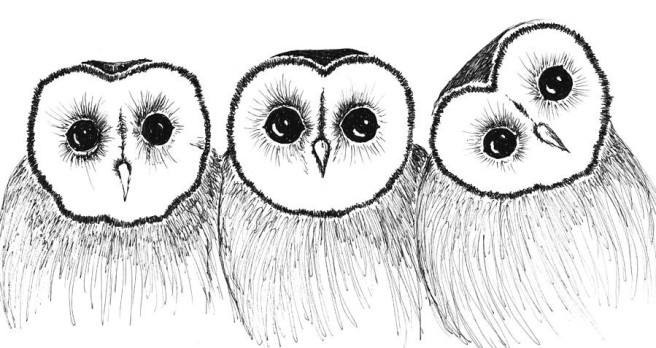 A friendly runner said hello to me yesterday and followed it up immediately with “how’s your training going?” My entire six-mile run through the city streets in front of him and a few others was spent listening to them talk about each race they plan to run, how fast they plan to finish, and how they are training for these races, most of which are at four to six months away. It’s mid-January.

In a lot of ways, I’ve been thinking about perspective and putting my thoughts and activities into a context that is right for me and a healthy mindset. This is one of my resolutions for 2020: to not get overwhelmed when I’m not comparing but rather focus on what is right for me either at the moment or in my training (both in running and in improving my mental health, but this space is mostly reserved for running, so that is where I will focus).

I had a conversation recently with another strong and positive runner. We talked about how most people in society would hear you could run a mile or race a 5k and be impressed or awed. A large percentage of our population can’t really run a mile. And when I started running, my goal was to finish 5k races strong.

But as I kept running, I met new runners. I revised my goal to running a 10k and then a half marathon. Then I trained with a few others to run a marathon. Now the goal for me and those I mostly surround myself with is to run ultra marathons. A 50k sounds simple and short to me today.

This is perspective. If you are around people who do this regularly, running an ultra seems common, expected. In the same way, I do not think I am a fast runner. I can regularly run 8-minute miles on short runs and 8:30 on longer road runs, with 5k times much closer to 7 minutes. Most people would find this extremely fast, but because I now spend time with runners much younger and stronger than me, I feel that I’m slow. It’s all perspective.

The key, of course, is not to let the people around you and the group-think attitude influence you. I enjoy spending time with these crazy ultra runners, but I do not have to compare myself to them, even if that is the obvious temptation. When I go on group runs, I don’t have to push myself beyond my comfort level to keep up, just as I don’t have to slow down significantly to run with those behind me.

Most people approach training with a well-defined plan of week-by-week workouts building them to their goal race and holding them accountable throughout the process. I did that in training for my first marathon, but I threw that idea out when training for my 100k. I had personal goals for weekly mileages and expectations to build my endurance, but I didn’t keep to the “I must do 12 miles today” mindset. This is freeing, of course, but it can also lead to being unprepared.

Still, I’ve watched others in their training stress over their schedules. They fear they’re not ready – not for the goal race itself, but just for where they are supposed to be as of that particular day, even four to six months out. I’ve done this too. The worry over training and building and getting to where we don’t want to be but need to be can be overwhelming. Others notice this and seek to reassure us that we don’t have to train so hard, we can relax. They think they’re helping, when what we really want is a kick in the butt and external motivation when internal motivation is waning.

I am already stressing over my goals for running this year despite the fact that it’s mid-January. I know I have time, and I know I have a base to rely on that is not accounted for in those anonymous training schedules. I also know that my goals are reasonable: to finish these very long races before the cut offs and not suffer significant damage while doing so (and to stay uninjured during the training process, at least as much as that is possible). I need to put my goals and training into perspective about what is right for me, mentally and physically, and stop comparing myself to where others are or where I was or need to be.

This isn’t a simple coping mechanism. This is about survival at this point. I don’t think I could handle the stress of training otherwise, knowing that I am not nearly as strong (mentally and physically, again) as I want to be or think I need to be. Ultimately, too, avoiding these common dangers and stresses could make this hobby into what it is supposed to be: enjoyable.

As I noted, perspective is important for me right now in more than just training for long races. I need perspective in how I spend the rest of my time, what is important and what is a waste of time, what benefits me mentally even if it feels like slacking on my physical training. And I need to focus on what I can control right now, not what will happen four or six or nine months in the future. I’m not there yet, but I’ve been thinking about this a lot. I hope it will help me.

In response to his question about my training, I responded that I’m not worried about it right now (I am, but I’m trying not to be), and I’m focused on increasing the distance of my long runs. They’ve been mostly eight or ten miles to this point. He nodded in agreement. “Me too,” he said sagely. “My runs have been only 16 or 18 miles, nowhere near the 20 miles I should be doing.” I had to stop myself from laughing at that two-mile gap.

But it’s all perspective. He was likely stressing over not being at 20 miles and looking for a response that would either reassure him he’s on track or give him a kick in the butt. Instead, I looked at the beer list in the bar we were running from and responded, “The New England IPA is really good. I’m going to get that after the run.”

He moved on to talk to someone else. And I was okay with that.