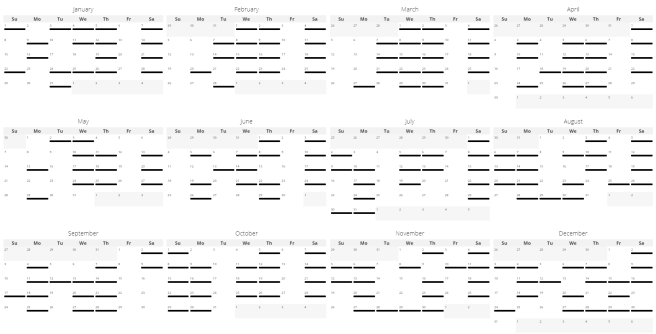 Looking back at it now, 2017 was a year to make good on my failures in 2016. Then again, shouldn’t every year be about making good on the previous year’s failures and failing in new and interesting ways?

The year started with difficulty. The first few months of the year were cold and wet. In fact, the whole year felt terribly wet. There wasn’t even much of a summer, with just a few warm days in late spring and early fall. But the wetness…that was the struggle. Every long run in the winter and early spring is lodged in my mind as a slog through mud and calf-deep freezing puddles.

But, I learned a lot in the last year. For one, I learned to run in poorer conditions. The January half marathon had me stocking up on cold-weather clothing. (And, as an aside, the bitter cold hitting us already this winter has me buying more!) The rain meant getting used to mud and slop, which helped me in some of the longer runs. I learned to love hills even a little more.

Mostly, I made good on a few races that challenged me the previous year. Though I wasn’t much faster in the races that I ran multiple times, I suffered less and enjoyed the running experience more. That, in and of itself, is a big accomplishment.

I ran two full marathons this past year: Sehgahunda again, on trails, and Wineglass on roads. I shaved nearly 75 minutes off 2016’s Sehgahunda time, thanks to cooler and wetter weather. And I spent a good portion of the summer running on roads in training for Wineglass, only to see my body fall apart as I hit the wall due to not getting enough calories and energy. Even that, however, didn’t stop me from beating a 4-hour marathon.

I ran a 50k in Vermont that challenged me significantly, both mentally and physical, due to the sloppy conditions and steep elevation gains. And there I learned that I belonged with the other crazy runners out there. That experience motivated me the rest of the year.

I ran my longest stretch – 50+ miles – at the overnight Candlelight Ultra. It proved to me that I could run crazier, longer distances. It also taught me a lot about the mental struggle of keeping moving no matter how difficult it feels.

I started a running group on Monday nights with people in my town. It’s still going, although it hasn’t grown like I hoped. Maybe it will grow in the spring. Still, I made some new friends through it, and it helped me start the week off each week with a few extra miles.

I hurt more this year. Calf strains, tendonitis, knee pain, muscle cramps – all these things bothered me for much of the year and still do, to some extent. I am very lucky that these injuries have not kept me from running. I am well aware that running through them can lead to further injuries that set me back significantly.

I never want to stop learning things about running. The spring was difficult. I felt like I wasn’t learning new things. I was suffering more physically and mentally. But with springtime weather, my spirits improved, and so did my experiences. I learned how I struggle mentally, and I learned to push through those struggling times. I learned to be more optimistic and positive. I learned that when there are two paths to take, always take the one that leads up hill. Hills are my friends.

If I seem optimistic about last year in retrospect, it’s because things always look better with distance. I am well aware of how much I struggled in the last year. I didn’t want to run many times, and some times I didn’t. I didn’t do enough to help myself in some ways, and in others I did much more than I ever had before.

Looking at my running resolutions from last year, I realize I did pretty good. I ran another 50k and both my marathons. I felt better while racing. I improved my attitude (after suffering through the slog of spring at least). I meditated more, improved my nutrition, and ran with different people. Also, I did more hills. A lot of hills.

In short, 2017 was a success and a transition year. At least, that’s how I care to see it at this point. It was a transition from being a newer runner to an established ultra runner. I learned good and bad things about my running self, and I set new plans and goals for 2018 that take me far beyond I ever though I could go.

But plans for 2018 will be summarized in another post. For now, I look back fondly at all the miles – the good ones with friends, the bad ones alone, and the many, many wet and cold ones.